Eric Ravilious’s blue-grey  ‘Travel ‘ design for Wedgwood. Ravilious (1903 – 1942) worked as a watercolourist, print maker, wood cutter, designer and book illustrator in between the wars England; he died aged 39 whilst working as a war artist.

Sold together as a set of 3. Displayed against a Ravilious lithograph which will be offered for sale here shortly 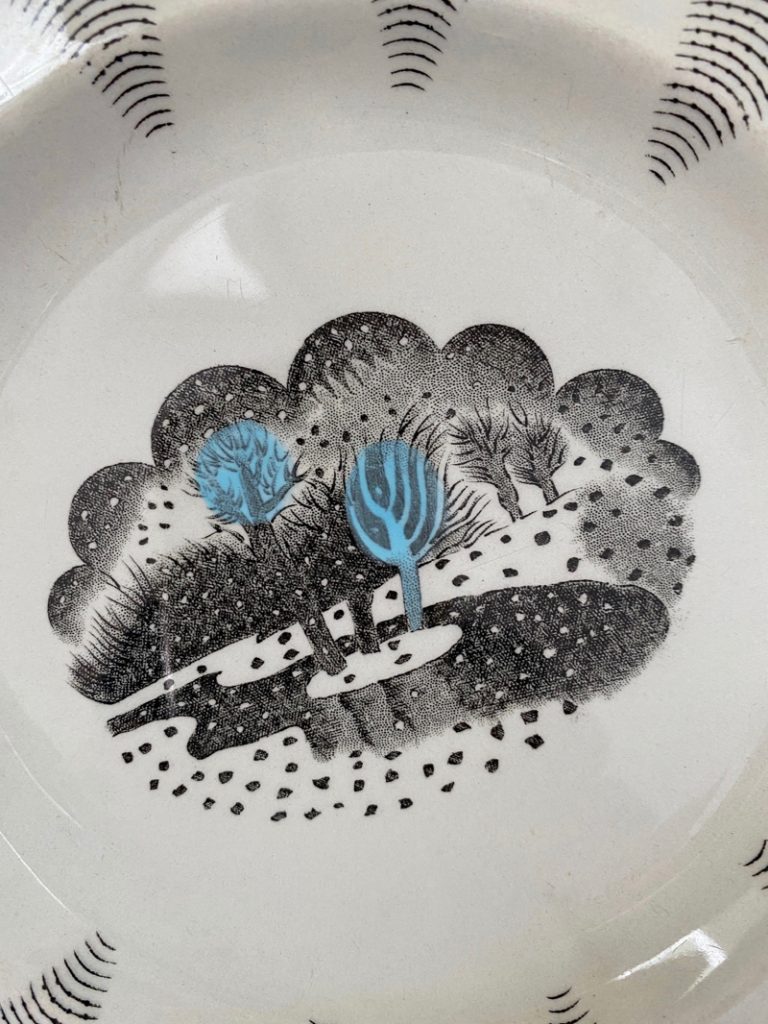 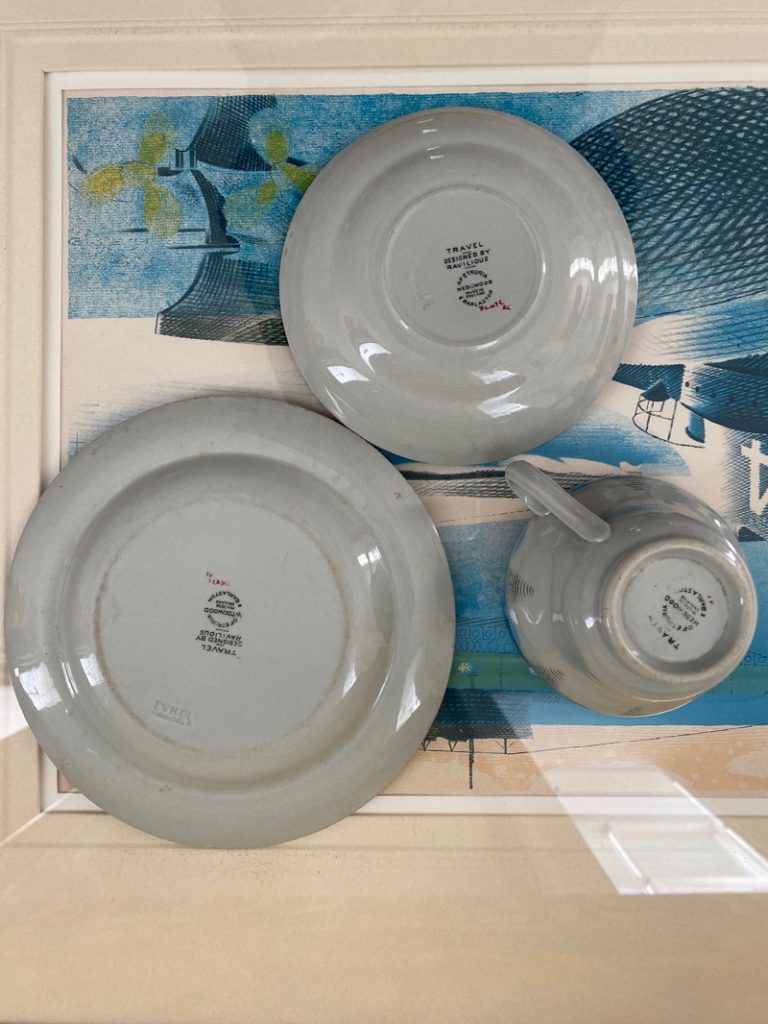 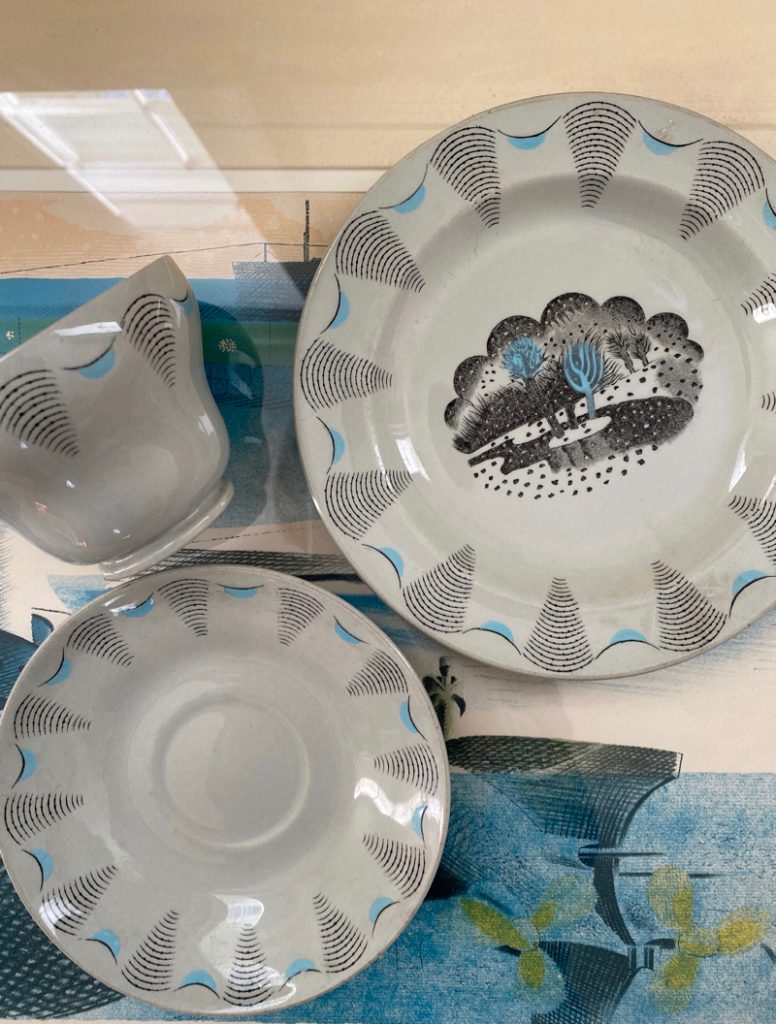 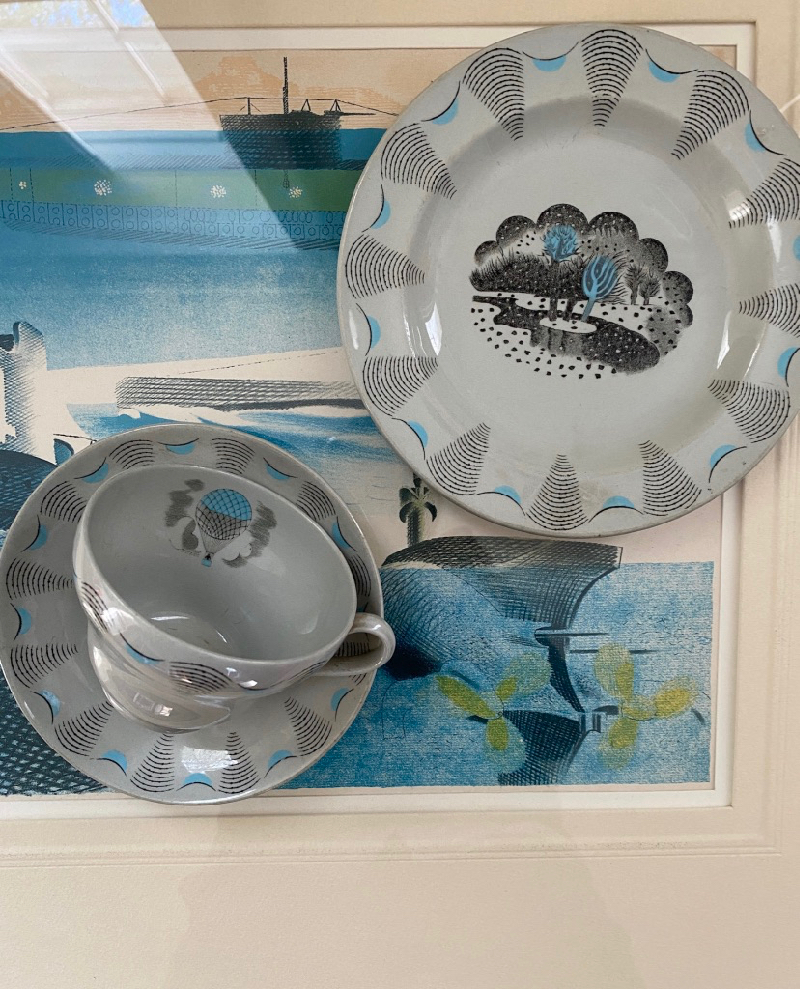 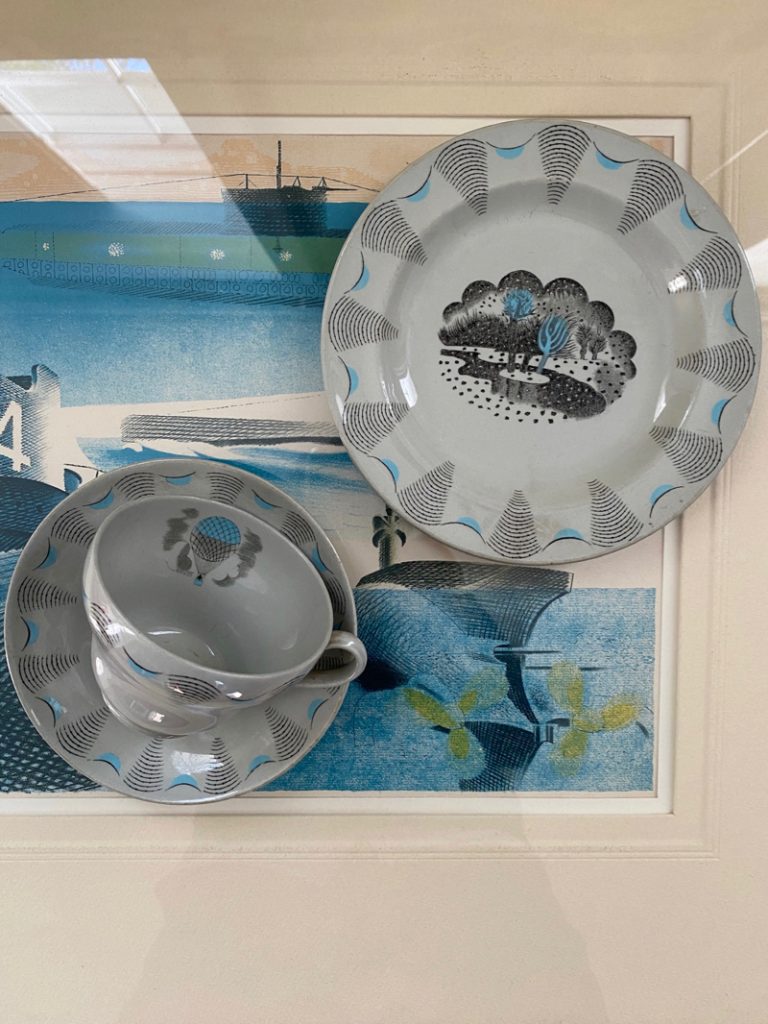